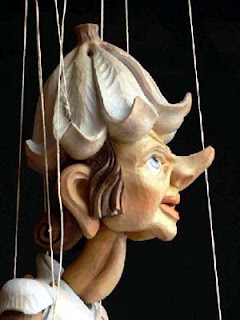 Charles Gounod (June 17, 1818-October 17, 1893) was a French composer perhaps best known for his version of Ave Maria, based on a work by Bach.  His mother was a pianist and his father was an artist. He studied at the Paris Conservatoire and studied under Pierre Zimmermann, then later married Zimmermann's daughter, though at one point he considered becoming a priest. In 1839, he won the Prix de Rome for his cantata Fernand. He was a remarkably talented man, highly respected and popular in his day. So, why would I mention him on a blog about Alfred Hitchcock? Because he also composed the theme song to The Alfred Hitchcock Hour: "Funeral March of a Marionette."

It is a strange little tune, both spooky and somewhat cheerful simultaneously. It does indeed remind one of a puppet, and a funeral march, as well. It is a short piece written specifically for the piano, and one of Alfred Hitchcock's favorites.

In 1959, Alfred Hitchcock participated in the BBC Radio Program Desert Island Discs, the forerunner to contemporary reality shows. Each week, a "distinguished guest" was asked to imagine that he or she was stranded on a desert island, but they were not without entertainment. The "castaway" was allowed to choose eight pieces of music, a book, and a luxury item that they would most like to have during their island confinement, and during the show they discussed the items they chose and why they made each choice. One of the records chosen by Alfred Hitchcock was "Funeral March of a Marionette."

In fact, Alfred Hitchcock enjoyed this piece so much that he chose this music for the introduction of his television anthologies Alfred Hitchcock Presents and The Alfred Hitchcock Hour. The song was an instant hit with fans who connected the quirky tune with Alfred Hitchcock's equally quirky sense of humor. This wasn't the first time the tune was used to introduce a drama. It was also used in the American silent film Sunrise: A Song of Two Humans, produced in 1927 by F.W. Murnau, and in Harold Lloyd's first "talkie,"  Welcome Danger, released in 1929.

It would be interesting to ask Gounod how he would feel about the use of his tune to introduce dramatic films and "plays" about murder and mayhem. Although the theme of a funeral march for a marionette does seem rather dramatic, it is possible Gounod would have been happier knowing this particular piece was used by Catholic students for piano practice rather than to introduce a crime. Gounod was a devout Catholic who once considered becoming a priest and always worked on a piano that had a portrait of Jesus carved on the music rack.

Posted by Darla Sue Dollman at 9:21 PM No comments: 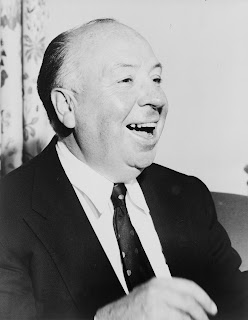 Alfred Hitchcock, circa 1956, Public Domain. Alfred Hitchcock's sarcastic humor and his ability to laugh at himself and his sponsors may explain why these combined series were the longest running anthology shows in the history of television.

He never wrote a single script and only directed 20 of the 362 episodes that aired during the life of the show, but his fans all know that Alfred Hitchcock Presents and its predecessor, The Alfred Hitchcock Hour, would be nothing without Alfred Hitchcock. It is apparent in every last detail that this anthology was a labor of love for the legendary director. 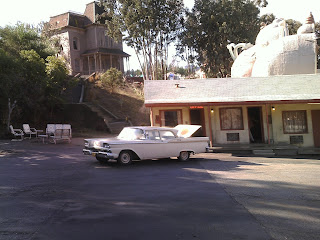 Photo is the set from the movie Psycho. Photograph by Superchilum.

Posted by Darla Sue Dollman at 8:17 PM No comments: 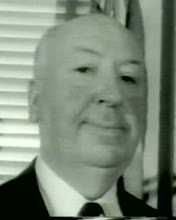